My son Eli and I met up in Taiwan last week.  He was eager to visit The Rainbow Village while we were in Taichung.  Several reviews suggested it was too far off the beaten path to be worth the trip, but most people were highly enthusiastic. 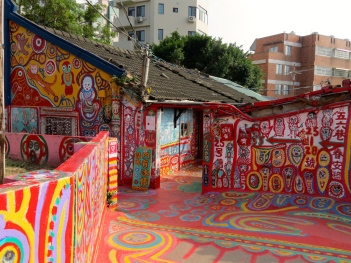 I did a little research; sometimes the story of a place or object can imbue it with meaning.  This story goes way back, and knowing the story made a difference to me.  Huang Yung-Fu was born in 1924.  During the Chinese Civil War he fought for Chiang Kai-shek, and in 1949, he followed their defeated leader to Taiwan. 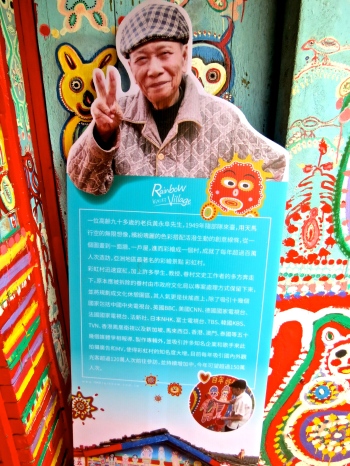 Hundreds of villages sprang up throughout Taiwan, providing temporary military housing for the veterans like Huang Yung-Fu and their families.  Some of the military villages had a thousand units or more. The temporary concrete houses became permanent homes for many. 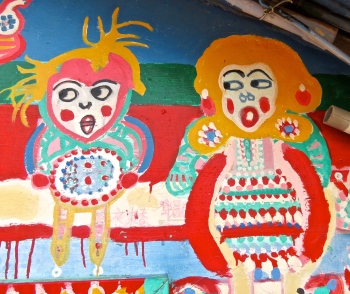 They were small and drab and time took its toll on the buildings.  Cities grew up around them, and the property became more valuable than the dwellings.  Developers started buying up the land. Residents were offered compensation and relocation if they would agree to vacate. 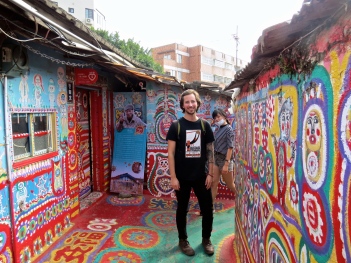 Most veterans submitted, but Huang Yung-Fu resisted; he would not leave his home. 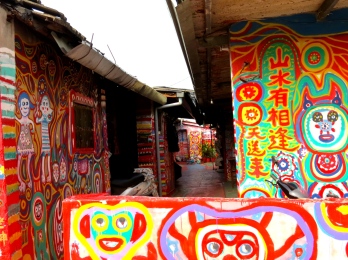 The old veterans’ community was gradually reduced to only 11 residences. 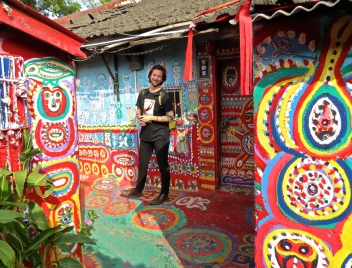 They wanted to tear down Huang Yung-Fu’s home too.  So he picked up a paintbrush and began to paint… 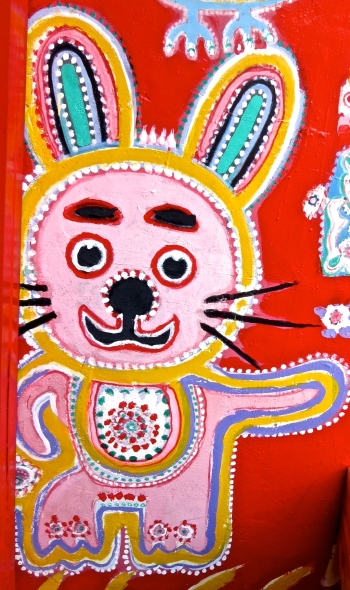 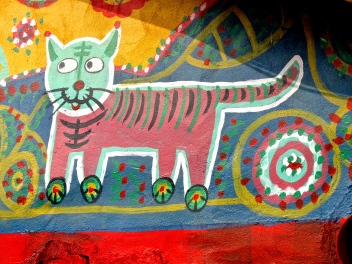 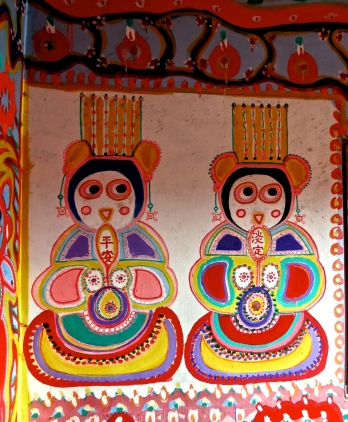 Bit by bit, wall by wall, his colorful murals expanded to beautify all the remaining residences. 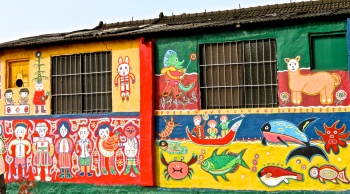 Local university students discovered Huang’s work and campaigned to save the village. What was left of the place became known as The Rainbow Village.  Authorities eventually agreed that it should be preserved, and it has since become a designated cultural area. 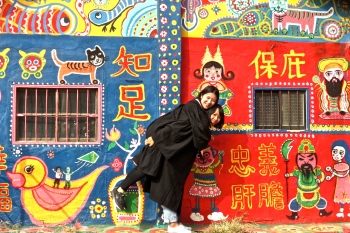 Mr. Huang, referred to by many simply as Grandpa, is now 94 years old. At a little table you can purchase post cards, magnets, and other products based on his work, the proceeds of which must surely provide a good living. 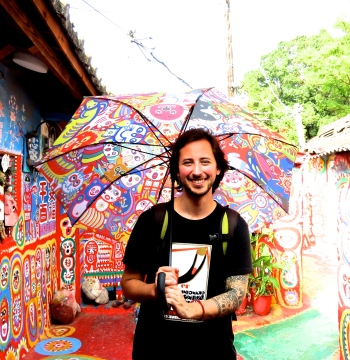 Grandpa was napping when we got there, but we’re told he often touches up his work, keeping it fresh and bright. 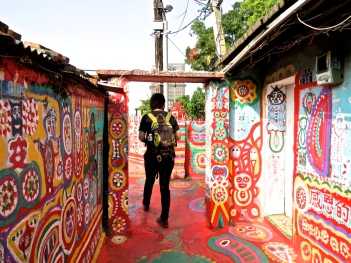 I am in awe. With the help from local students, through his art, a fragile old man rescued his home from destruction and urban decay.  He transformed his home into a vibrant tourist hotspot that also provides a good living. 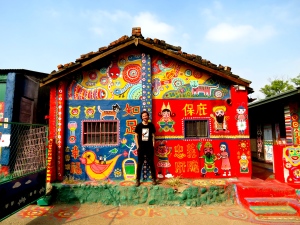 Huang Yung-Fu has worked a kind of magic, real and powerful.  He has turned this… 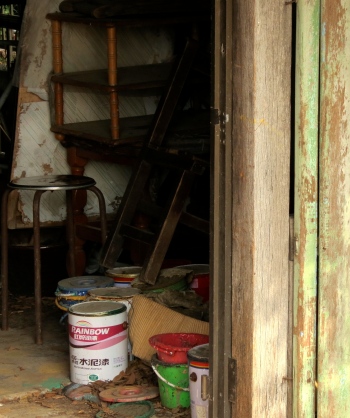 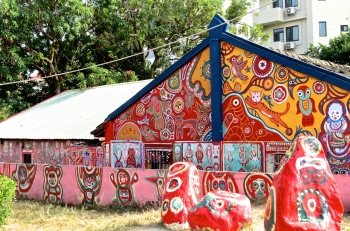 As surely as Huang Yung-Fu was going to lose his home, we are going to lose ours.  Imagine what would happen if writers and storytellers, visual and performing artists everywhere were to unleash their passion, channel their creative talents, and fearlessly use their superpowers to advocate action for environmental protection, humanitarian aid, civil rights and social justice.  Artist Favianna Rodriguez says, “Change the culture, change the world.” She quotes Abraham Lincoln, who said, “Public sentiment is everything. With public sentiment, nothing can fail; without it, nothing can succeed.”   It has happened before.  Sinclair Lewis, Pete Seeger, Miriam Makeba, Elie Wiesel, Anne Frank, Diego Rivera, just for starters.  It can happen again.  And it’s now or never time.

All images and words ©2016 Naomi Baltuck.